You are here: Home /  Gambling news /  Latest News /  Paul Phua and Tom Dwan have Epic Round of Poker
Gambling news 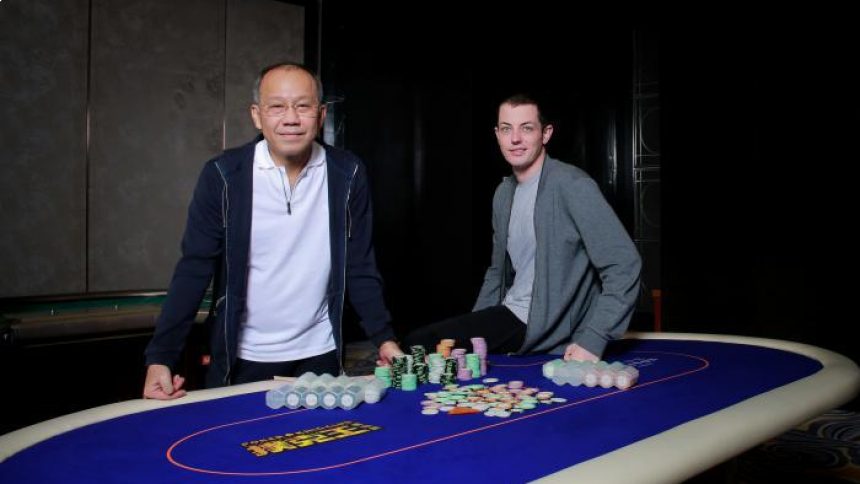 Paul Phua and Tom Dwan have Epic Round of Poker

What’s the biggest hand you’ve ever lost in poker? Well, sometimes you take it on the cheek. However, Paul Phua and Tom Dwan had a showdown of the ages. Pre-flop, the players had already started with a heat and aggression. In this article, we’ll take you through the Triton Poker Super High Roller Jeju 2018 Cash Game that went through the roof. Let’s take a look.

Taking place in South Korea, the currency being used was the South Korean won. Now, to put that into perspective, one USD is the equivalent to approximately 1,115 won. At that moment in the game, the stakes were 3m won / 6m won. It’s important to know, the players played with a 12m won straddle, making the pot 27m won ($24,300) before the card were even dealt.

For those of you who aren’t familiar with it, a straddle is a bet made before the cards are served which is the double of the big blind. Lex Veldhuis, the commentator of the game, pointed out that a straddle naturally makes the pot bigger making the players more aggressive. With big money to win, ego’s go sky-high.

Once they were dealt their card, Phua looked down to see the ace of hearts and the ace of clubs. Dominik Nitsche, who had king-queen off suit raised to 30m won. Everyone folded until it came to the big blind, Tom Dwan. Dwan had ace-queen off suit and decided to raise to 120m won.

At this moment, Phua paused for a moment, before raising to 320m won. Nitsche had seen enough when he decided to fold. The torch came back to Dwan. Veldhuis, once again made a clever observation stating: “This is one of those moments where Tom Dwan’s image works against him,”

He was referring to how Dwan usually likes to play aggressively and doesn’t take to other players using aggressive tactics on him. After spending quite some time thinking about it, Dwan decided to push all-in. Phua made a snap call and when showing him the aces, Dwan had a distinctive look of disgust.

See the round for yourself

It’s obvious to see how Phua was waiting for someone to bite his aggressive play and how Dwan had fallen into this ego-trap. Paul Phua and Tom Dwan played a brilliant round of poker but all the action happened pre-flop.

If you liked this article and want to hear more gambling stories, check out the latest online gambling news. On that page, you’ll find all the hottest sagas in the gambling world now.