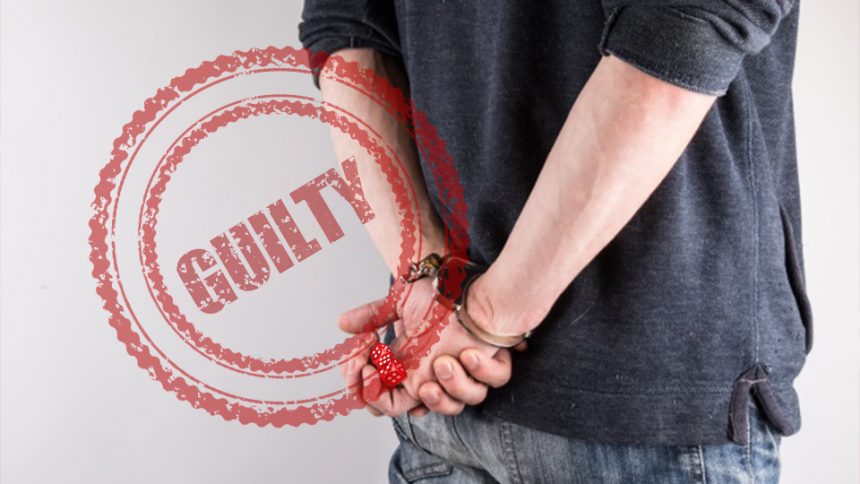 It’s always a sad time at Christmas when you find out one of your relatives has been naughty. In this case, a father who comes from Norwich was playing with stolen money worth £1m to fuel his addiction. The gambling addict now faces jail after his previous behavior. It’s a sad story for the family, especially as Christmas is just around the corner. Let’s take a look.

If you’ve got yourself in the holiday spirit, take a moment to admire the straight life you’ve been living. When criminal activity becomes involved, chances are, you’re going to get caught sooner or later. This story which comes to the latest online gambling news is about a man named Steve Girling, who let his vulnerable side of gambling addiction get the better of him.

Steve Opens up on the Stolen Money and Addiction

Stealing the cash from his former employer, Steve now faces up to 5 years in prison. He has since spoke about his regrets and how his thoughts were during the time of his actions:

“I was playing £100 a spin and spinning every few seconds.

“Some days I’d do five figures on the slots. I was playing as soon as I woke up in the morning – any spare time.

“I was neglecting everything really, friends and family.

“I had suicidal thoughts. I’d self-harmed and overdosed. The pain was awful and there were times when I thought it was better that I wasn’t here.”

Steve was playing with the stolen money for more than 3 years. He claims he was transferring cash from the company’s account to his own. During this time of splashing out thousands of pounds per night, Steve was being showered with rewards from betting firms. They treated him and his wife to VIP events and lavish racing horse trips. Here’s a few words from Steve’s wife, Rashael:

“When we went to Ascot, one of the hosts was like I love your dress – I said it was twenty quid from Sainsbury’s.

“I couldn’t dress in Gucci or Prada. They should have known he didn’t have the funds to be playing with that sort of money.”

Steve then took a moment, before he explained the next chapter of the story.

“It then came to February and there was a knock on the door. Two police officers arrested me and took me to the station.

“My wife came back from school to find them in our own home along with another half a dozen officers and sniffer dogs searching for cash.”

Since his bad experience, Steve has refused to bet. He now works as a life coach, working with problem gamblers with similar issues.

As for now, the stolen money will be repaid by the family as they sell everything. Steve’s packed his bags for prison, he’s sold his car and soon his wife and children will lose their house.

Although he’s lost most of his possessions and liberty, Steve says that he feels as though he’s got his life back.