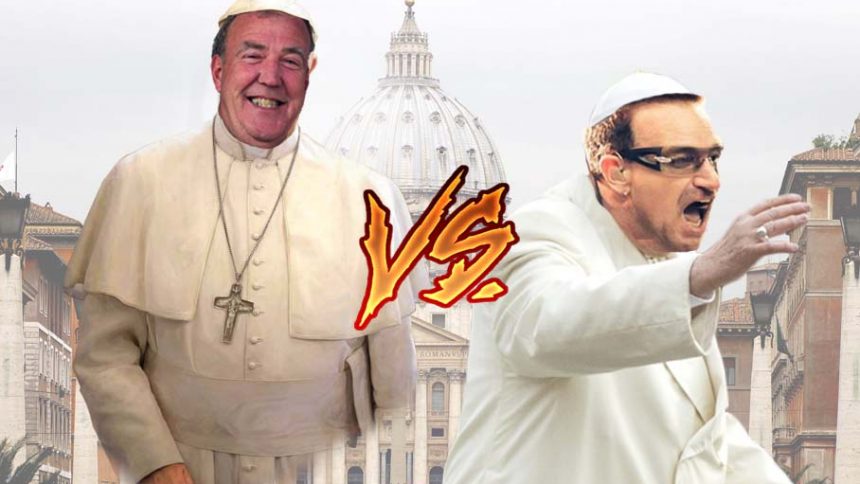 Cardinal George Pell is facing multiple sexual abuse charges. If the allegations against the high-ranked Holly See official can be proven right, then his chance to be the leader of the Catholic world might be less than Jeremy Clarkson’s in the next pope betting odds list.

This week the Catholic world has been shaken by the news that one of Pope Francis’ closest aides, Cardinal George Pell is taking a leave of absence to battle against the sexual abuse charges against him in his home country of Australia. The allegations are expected to have a negative effect on his reputation. If the accusations are proven to be right, then the Cardinal Pell will be listed among the cardinals who will never be the Pope.

Sexual abuse charges against a Catholic clergyman are not unprecedented. However, first time such a high ranked – probably a future Pope candidate – is facing multiple sexual abuse charges. Cardinal Pell was named among the eight cardinals commissioned by Pope Francis to investigate ways to reform the Catholic Church in 2013. Shortly afterwards he was appointed as Vatican’s Secretary of Treasury. Considering his close relationship with the Pope, any proven accusation will create huge headache to the high-ranked officials in Holly See including Pope Francis.

Currently, the court process has been going on and it will probably take a while until the final verdict. Until the final verdict, Cardinal Pell will remain innocent; therefore, his position in the next Pope betting odds list is still high although his odds have got higher. As Pope Francis said “One mustn’t judge before justice judges.” However, online gambling sites to bet on next Pope judge quickly and now it is perfect time to bet on next Pope online if you still give chance to Cardinal Pell; because, if the charges against him fall, then his odds will get lower eventually.

According to the latest online gambling news, Cardinal Pell still has a better chance to be the next pope compared to the popular British TV show The Grand Tour’s star Jeremy Clarkson who odds are scaled at 1000.00. If you believe that the former Top Gear host, also known as the Orangutan, is really have a chance to be the next Pope, you can visit the Coral Casino and place your bet on the next pope online.

Earlier this week, Pope Francis announced five new cardinals from El Salvador, Mali, Spain, Sweden, and Laos. Mali’s first ever cardinal Jean Zerbo has appeared in the western media due to allegations regarding his possession of multi-million Euro Swiss bank accounts. Cardinal Zerbo is not in the next Pope betting odds list yet.

But there is a very interesting name in the next Pope betting odds list: Bono. Irish rock bank U2’s famous lead singer has same chance to be the next pope as Jeremy Clarkson. You can head to Coral Casino and bet on Bono to be the next pope. His odds are quite high: 1000.00

The favorite of the online sportsbooks for the highest official position in Vatican is Cardinal Luis Antonio Tagle. The Filipino Cardinal’s odds to take the seat after the current Pope are 6.00. Cardinal Tagle is followed by Archbishop Angelo Scola, Cardinal Marc Ouellet, and Cardinal Peter Turkson with the odds 7.00.

Cardinal Sean O’Malley’s odds to be the next Pope are 14.00 while cardinals Christoph Schonborn, Gianfranco Ravasi, Odilo Scherer and Timothy Dolan’s odds are 16.00. You can visit William Hill Casino to bet on the next Pope now!