You are here: Home /  Gambling news /  Poker News /  Match Poker in China is to be Promoted by Alibaba despite Gambling Restrictions
Gambling news 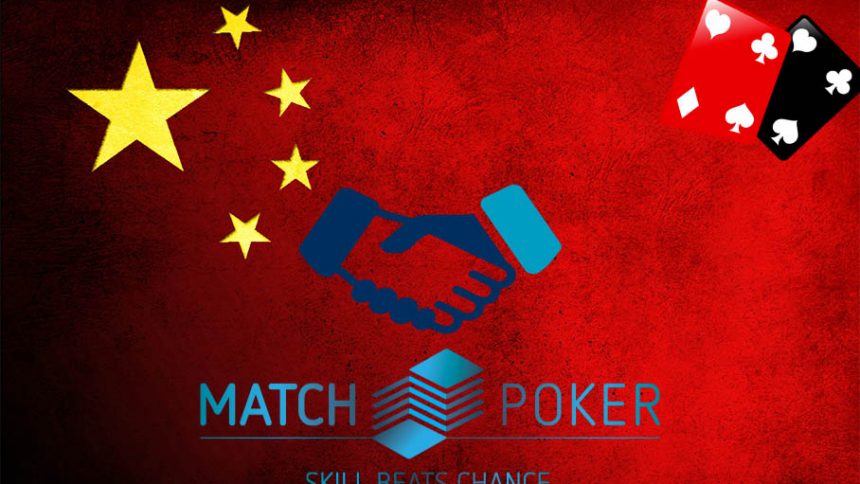 Alibaba and Oceans Sport & Entertainment are cooperating and promoting Match Poker in China. Although, gambling in China is illegal, they found a way to introduce poker despite the strict regulations. Poker is a sports branch in China now; therefore gambling regulations in China cannot effect match poker.

The reason of Match Poker is said to be a non-gambling product because it is the game, where “skill beats chance” as their logo promotes. The International Federation of Poker – which is the developer of Match Poker – claims that players are playing for points instead of money. (This is another good point in sticking to the concept of non-gambling poker.)

According to the agreement between the retailer and the sports company, the Chinese marketing agency will provide the background of on-ground events. In other words, Alibaba will play a leading role in the promotion of poker events in China. Moreover, the sport section of Alibaba – Ali Sports – will introduce a new platform dedicated to the popularization of the game.

The Legality of Match Poker in China

After hearing the news about China’s poker situation, you may have asked the question many times deeply in your mind, how is it possible to play poker in China under the current regulations? And yes, you are right, this is a tricky point. It seems, Alibaba found a loophole in China’s strict gambling regulations. And the key is here once again, Match Poker in China is said to be a team based-game and not a money focused-game. This means, players don’t even have physical cards. The game is played through tablet computers. Moreover, the significance of talent is highlighted by Alibaba so that the role of chance has been eliminated to some extent. Therefore, Match Poker in China is labelled as a sport rather than a gambling activity.

Things to Know About Alibaba

Alibaba is a Chinese e-commerce company providing sales services within different web-portals. However, the company is one of the largest retailers of the world, introducing Match Poker in China could raise more widespread popularity of Alibaba than now the company has.

According to online poker news in China, one of the aims of this promising business relationship is to reach over 2 million people in China within the next 5 years. As a matter of fact, there were attempts to make poker  a popular pastime activity in China. However, the big success hasn’t come yet. Based on the company’s fame, Alibaba could be the hope of China’s poker fans.