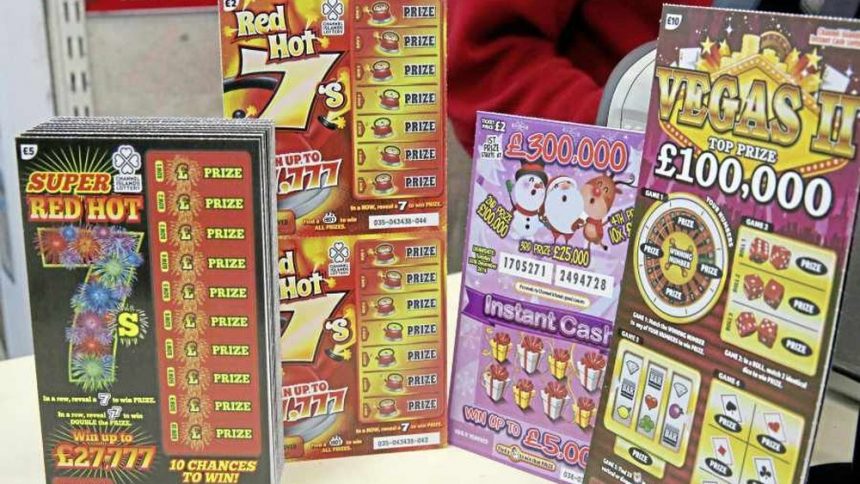 An Channel Islands authority has been accused of taking advantage of problem gamblers. Should this prove to be true, it’s a truly selfish way to boost it’s own revenue. The Guernsey scratch cards are supposedly not the winning ticket and the true form of income in the Channel Islands. Betting shops are accused of asking customers if they would like to buy a scratch card at the till. Let’s take a look at the whole story in detail.

This story comes to us from Guernsey, which is one of the Channel Islands across the British Isles. The accusation comes from the island’s very own Deputy, Emilie Yerby. She believes that the island is relying heavily on the profits from scratch cards.

Earlier this month, Ms Yerby’s motion to debate gambling was rejected. Funnily enough, according to figures from 2017, the State of Guernsey made £9.6m from the sale of scratch cards.

Ms Yerby said she thought it was a mistake for the States to depend on lottery cash to pay for one of its core services. She went on to say:

“There’s generally a reluctance in the States to debate anything that’s going to involve us having to raise money from different sources, or having to raise more money, which inevitably we would have to do to fill the gaps left by the lottery revenue,”

“But I do also think there’s a real recognition that we have an element of social responsibility when it comes to gambling and we shouldn’t be taking advantage of people’s difficulties to prop up our own revenues.”

Last year, Beau Sejour Leisure Centre received £493,000 from the Channel Islands Lottery. More than £7m was paid out in prize money with another £2m spent on costs and the balance held for future projects.

In January, the States agreed to make a £15,000 payment to the Committee for Home Affairs every year from the lottery to support people experiencing gambling problems.

If you liked that article and wish to find similar gambling-related stories online, check out the latest online gambling news. On that page, you’ll find all the hottest gambling stories online.